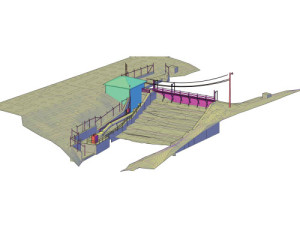 Since its inception in the 1980s, 3D printing (additive manufacturing) has come a long way. 3D printing was originally envisioned as a tool for rapid prototyping in the manufacturing industry. But in the last decade, it has evolved to cover lots of new and exciting technologies.

With its recent surge in popularity and usage, 3D printing is applied in various industries for tooling aids, visual and functional prototypes, as well as the making of spare parts. New business models and opportunities are made possible – thanks to 3D printing.

Using practical examples, this post will explore how 3D printing is being used to drive innovation across the board.

In the last few years, more schools are beginning to incorporate 3D printing into their curriculum to equip students to thrive in a future that will be influenced by this technology.

Students can learn how to create prototypes without expensive tooling. This helps to bridge the gap between the process of conceiving objects/ideas and bringing them into the physical 3D world. In STEM education, students learn to fabricate low-cost, high-end scientific equipment from open hardware designs because of the rapid prototyping capabilities of 3D printing. Science students use 3D printing to create cross-sections of organs, while chemistry students use it to make models of chemical compounds.

From exploring designs to architectural principles to the duplication of historical artifacts, 3D printing has opened up lots of possibilities that were once elusive. Little wonder 3D printers are now becoming a common sight in schools and public libraries.

As indicated earlier, 3D was initially developed to enable faster and cheaper prototyping. Conventional prototyping methods like injection molding takes weeks to build the mold, and costs, sometimes hundreds of thousands of dollars. This approach becomes impractical during the experimentation stage, where new iterations are generated from time to time. However, with 3D printing, a prototype that could take weeks to produce can take hours. Also, the production cost can be reduced by as much as 80 percent.

This ability to make a mockup in a matter of hours makes it very easy to make revisions and designs based on feedback and implement them almost instantly.

Traditional manufacturing is only cost-effective at large volumes. But the good thing about 3D printing is that it maintains the same economics even in low volume production. This makes it far cheaper to produce custom parts.

The medical industry is one of the fastest-growing adopters of additive manufacturing, with applications ranging from bioprinting (the use of biomaterials to create tissue-like structures) to the production of medical devices like prosthetics.

3D printing has also fundamentally revolutionized the production of prosthetics. Prosthetics need to be produced with great precision and flexibility so that it is the perfect fit for patients. 3D printing makes it seamless to adhere to these high standards. Formerly, children in need of prosthetics had to wait till they grew to a stage where they wouldn’t quickly outgrow it. This makes sense because prosthetics are very expensive. But as 3D printing has drastically cut down the associated costs, children no longer need to wait!

To the amazement of many, 3D printing has also found massive application in the world of art and jewelry making.

With 3D printers, jewelry makers can easily experiment with complex designs that are impossible with traditional means. Furthermore, 3D printing has significantly cut down the cost of producing personalized jewelry.

In the world of arts, 3D printing has made it easier and cheaper for artists to create intricate works of art, thereby opening up their imaginations to endless possibilities. Artists like Banksy use 3D printing technology to rend 2D artwork to 3D using powder binding 3D printing. Oliver van Herpt, on the other hand, makes ceramic vases with 3D printing.

The aerospace industry was one of the earliest adopters of 3D printing, using it as far back as 1989. Unsurprisingly, the aerospace and defense sector represents about 17% of the total additive manufacturing market. 3D printing is used to produce functional prototypes, tooling, and lightweight components.

In the aerospace industry where highly complex parts are produced in low volumes, 3D printing is a perfect fit because of its cost-effectiveness, even for small batches.

When using traditional subtractive methods, materials are wasted. Because 3D printing produces parts layer by layer, considerable material is saved. Aerospace materials – ranging from engineering-grade thermoplastics to metal powders – are highly valued, and so, wastage should be minimized.

Funny enough, 3D printing is still in its infant stages. As 3D printing rapidly breaks beyond the boundaries of rapid prototyping, its influence will only continue to increase into the future.

Contact us today for more information or to get your next project started! 7 Wonders of modern architecture
No Responses.