Throughout modern history, working in math and science was not a typical career path for most women. But as times have changed, the sciences have become more inclusive, and more women are pursuing careers in science than ever before. For example, while only 21.8% of undergraduate engineering students were female in the last year, that number dramatically increased from only 5.8 percent in the 1980s — and far fewer than that in decades before. 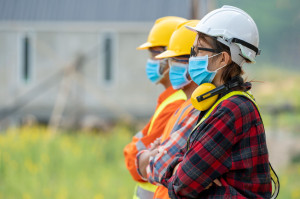 In recent history in the Western world, educating women in the sciences was thought to my harmful to their health. However, many women challenged these gender roles to have careers in civil engineering — ultimately changing the course of history forever and opening the door for women engineers today.

There are a great number of women trailblazers in the history of civil engineering. Here are just a few women who continue to inspire us. Let’s take a look at some famous women civil engineers throughout time.

Sarah Guppy (1770- 1852) Guppy was an English engineer and inventor. In 1811, she was the first woman to patent a bridge. She went on to become an inventor and designer and developed a range of products. For example, she patented a device to prevent barnacles from forming on the bottom of boats, earning a lucrative contract with the British Navy. She also invented the safe piling of bridge foundations. Thomas Telford later used the Clifton Suspension bridge in his bridge over the Menai Straight and by Isambard Kingdom Brunel. She patented ten well-known products during her time, including a bed with built-in exercise machines, a candle that would burn longer and a breakfast device that would brew coffee while steaming eggs. She was clearly ahead of her time!

In 1921 she patented her most well-known invention — the Clarke Calculator. The graphical calculator simplified the calculations necessary to determine the electrical characteristics of long electrical transmission lines. Later she taught at the University of Texas, becoming the first female professor of electrical engineering.

Elsie Eaves (1898 – 1983) broke several glass ceilings for women in engineering. In college, she was already a pioneer for women engineers. She was the first woman to earn a degree in civil engineering from the University of Colorado at Boulder and while at the school was elected as the first female president of the school’s student engineering society– an event that garnered national media attention!

Eaves went on to some other first, too. She was the first female member of the American Society of Civil Engineers. She also helped found the American Association of Cost Engineers. Along the way, she earned many other notable awards and accomplishments. She went on to worked in several national public works programs, including the Colorado State Highway Department and the Deven and Rio Grande Railroads.

Emily Roebling (1843 – 1903) was an unexpected pioneer for women and did not set out for a career in science. However, she went on to be well-known for her contribution to the construction of the Brooklyn Bridge. Her husband originally worked on the project as the chief engineer but became ill and bedridden.

Because Roebling was the only one who could visit her husband, she took over his work. From there she worked as the liaison with the engineering team. Through this work, she developed an extensive knowledge of the materials, stress analysis, and calculating catenary curves. She became so proficient in the day-to-day operations that she became the standing leader for the bridge’s construction. She worked on the bridge’s construction for a decade.

Lillian Gilbreth was a prolific woman. She was one of the first female engineers to earn a Ph.D. For four decades she worked to combine the study of psychology with that of scientific management and engineering. She also worked as a professor and inventor. Today, she is widely known as the “mother of modern management.”

Throughout her career, she worked in time and motion studies. She is most well known for her work with General Electric, where she improved household appliance designs. She later became the first female member of the American Society of Mechanical Engineers.

Stephanie Kwolek (1923- 2014) changed the modern landscape with her innovation. Kwolek is the inventor of the widely-used substance Kevlar. Kevlar is widely used in bullet-proof vests today and many everyday products like helmets, camping gear and cables. Kwolek worked as a chemist for most of her life and her study and analysis of long molecule chains led to her invention.

We encourage you to take a look at the hundreds of other women who have worked to change the science and engineering field in the last hundred years. These women pushed against societal norms and paved the way for female scientists today. Some of our proudest civil engineering projects
No Responses.